Recently I read  an article called “5 reasons to kick your diet soda habit” it said:

… “study after study shows that diet soda is likely failing you in its pounds-free promise and putting your health at risk at the same time.

Diet soda drinking correlates with both increased waist circumference and a heightened body mass index. What’s up? One possible explanation is that diet soda disrupts our ability to feel full. …

…Artificially sweetened drinks activate our sweetness response, but don’t completely satisfy it, leaving you craving more of the real thing. This can drive us to eat more sugary foods than we would normally.

Julie Lin, M.D., a kidney specialist at Brigham and Women’s Hospital in Boston, studied the soda habits and kidney health of more than 3,000 women for 11 years.

“What we observed,” Dr. Lin says, “was an association between drinking two or more servings of diet soda per day and faster kidney function decline.” In fact, the kidneys of diet soda drinkers declined at three times the rate typical of aging…

“If you’re a consumer of diet soda, you have a higher risk of developing metabolic syndrome than a non-consumer,” says Lyn Steffen, Ph.D., R.D, a professor in the division of epidemiology and community health at the University of Minnesota.

Steffen studied thousands of people over nine years. At the end of the study, she looked at the study subjects’ diets and whether they had developed metabolic syndrome. She found that the greatest predictors of someone getting the syndrome were those who consumed meat-heavy diets, fried foods and diet soda. Other researchers have linked diet soda drinkers with a 67 percent greater risk of developing full-fledged type 2 diabetes.

A January 2012 study in the Journal of General Internal Medicine found that people who guzzle diet soda daily have a 43 percent higher risk of vascular events — such as stroke and heart attack — than people who don’t drink diet soft drinks. However, light diet soda drinkers — those who sipped diet soft drinks somewhere between once a month and six a week — were not more likely to suffer vascular events.”  Click here to see the article

So what is the solution?

Drink water would say some people, yes but some people like to taste something in their water.

So switch brand to Fortune Delight.

What is Fortune Delight?

Fortune Delight is a safe drink made out of different herbs that will help the body to cleanse. 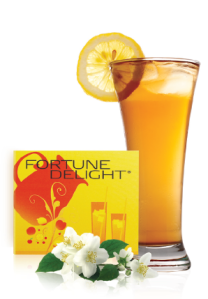 It is great for kids, athletes, busy people, well everybody.

It gives more energy, helps to flush fat and is a great and gentle cleanser.

For more information please fill out the following :

For a healthy alternative, drink Fortune Delight, Sunrise and Calli. 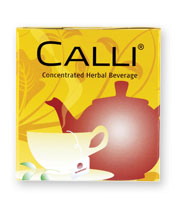 Marc Weisskopf, assistant professor of environmental and occupational epidemiology, discusses a study that finds children exposed to higher levels of pesticides known as organophosphates could have a higher risk of being diagnosed with attention deficit hyperactivity disorder (ADHD).

Are you looking for a solution?

Wash your fruits and vegeatble with the “fruit & vegetable rince” Sunsmile

It takes away the pesticides.

The question of safety is at the center of the complex and controversial issue of GMO foods. Genetically Modified Organisms are plants or animals “genetically engineered” to contain genes from an entirely different plant, animal, virus, or bacteria.
Potential Risks
Documents made public from a lawsuit revealed that scientists from the FDA were uniformly concerned that GMO foods could lead to hard-to-detect allergies, toxins, new diseases, and nutritional problems.
Sunrider’s Approach: “Nature Is the Best Farmer”
Sunrider has always been committed to creating products the natural way; the herbs it uses are grown in the wild from non-GMO seeds. Sunrider’s foods, beverages, and supplements are made with only the finest concentrated whole-food ingredients from naturally occurring plant sources. As Dr. Chen says, “Nature is the best farmer.”
Sunrider’s High Standards
Sunrider continues to meet and exceed the most rigorous standards of cleanliness, food safety, ingredient quality, and manufacturing integrity. No artificial preservatives are used in our food products, a highly unusual fact in the food industry. Beyond any doubt, Sunrider® products are “Simply the Best™” for you and your family.